This adorable ‘two-faced’ cat has won an army of social media fans thanks to her very unique facial markings. Being two-faced is generally considered to be a bad thing. Unless you’re Yana the cat that is. Because as you can see, this adorable chimeric feline has beautiful unique markings. She looks like her parents ran out of ink while they were coloring her in! 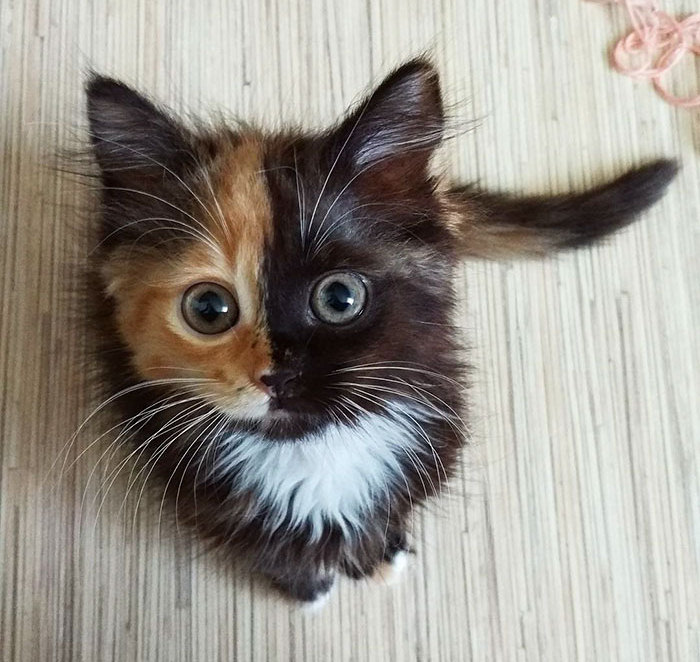 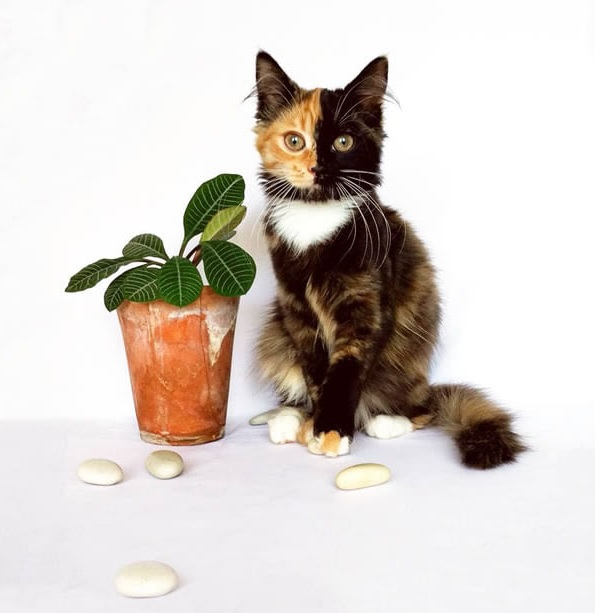 Yana’s human, Elizabeth, adopted her after stumbling upon a personal ad and falling in love with her distinctive appearance. The cat’s previous owners, an older couple, had named the curious kitten Yana in honor of Janus, a Greek god believed to have two faces—one that looked toward the future, and one that kept an eye on the past. Elizabeth decided to keep the fitting moniker, and even incorporated the “two-faced” description into her now-viral Instagram handle: yanatwofacecat. 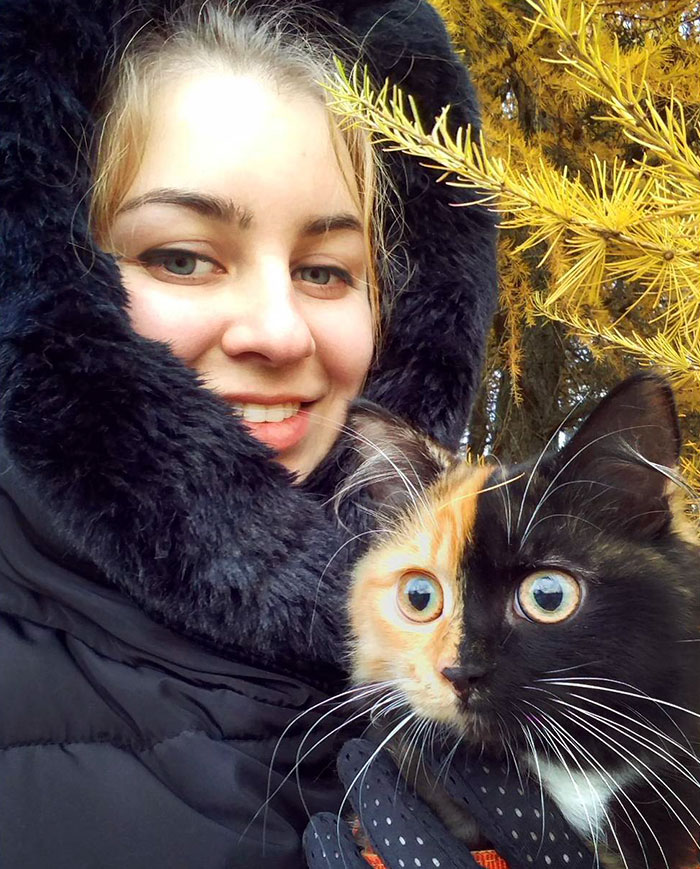 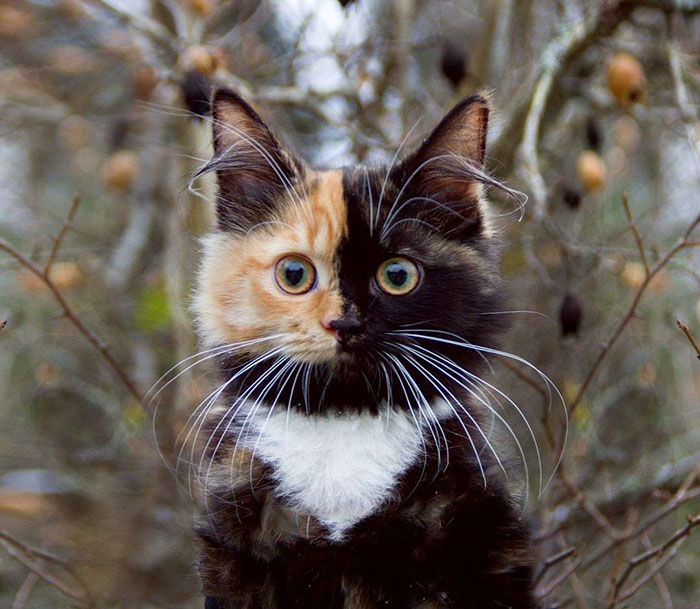 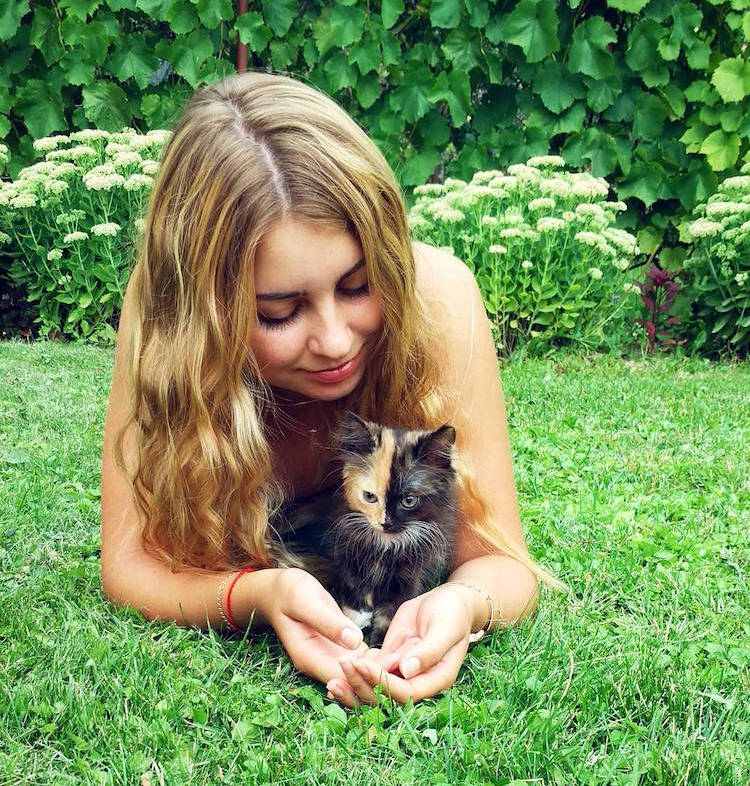 In addition to her peculiar yet adorable face, Yana has some other strange and cute qualities: according to Elizabeth, she likes to play fetch like a dog, comically snoozes with her tongue hanging out of her mouth, and enjoys drinking tea, which is always “left unfinished in a hurry.” She also loves going on walks, and even appears to have a penchant for art. She truly is a cat of a different color! 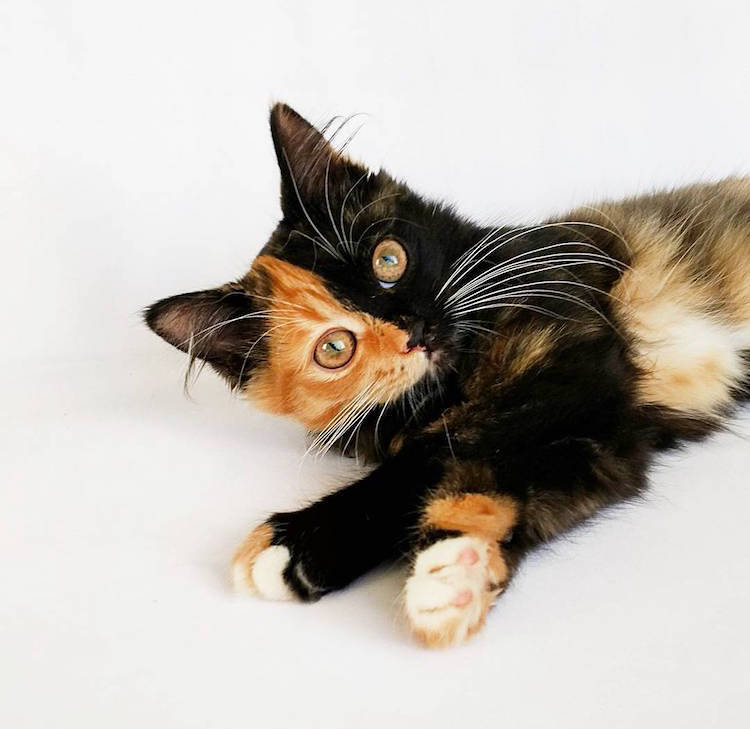 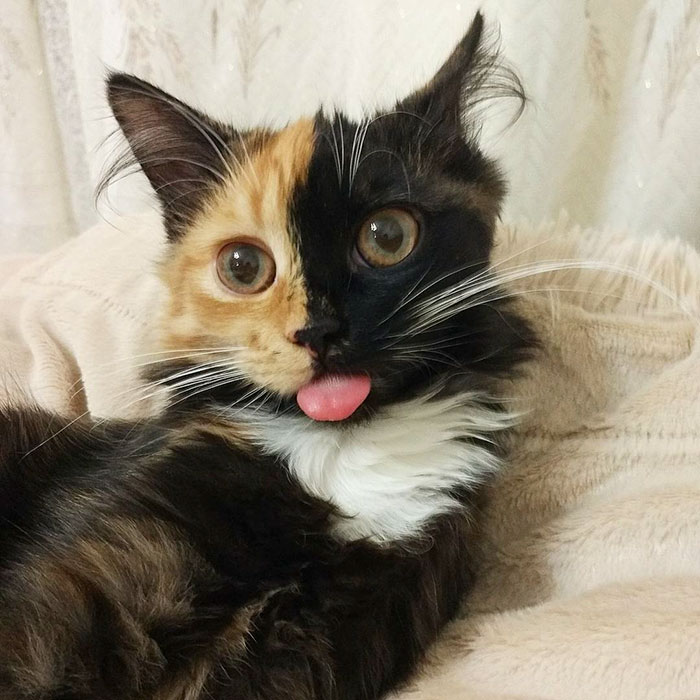 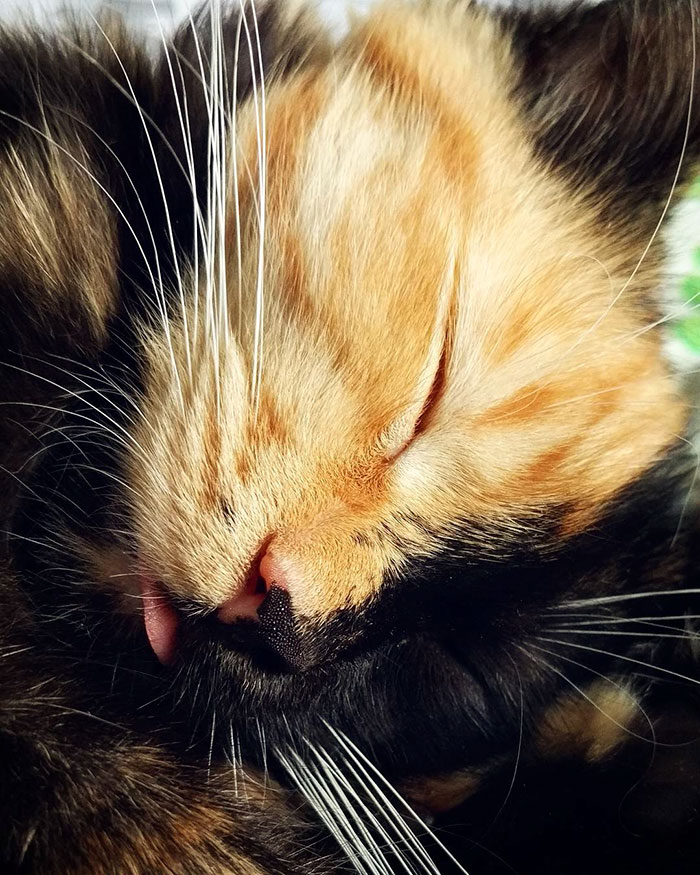 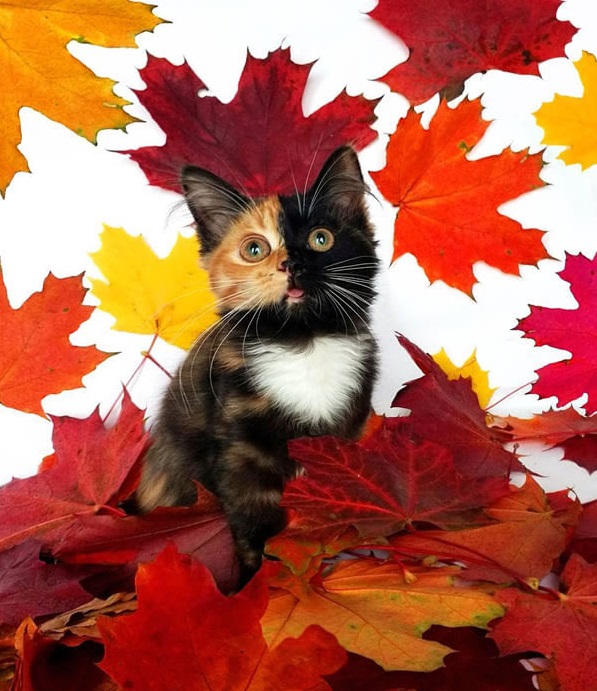 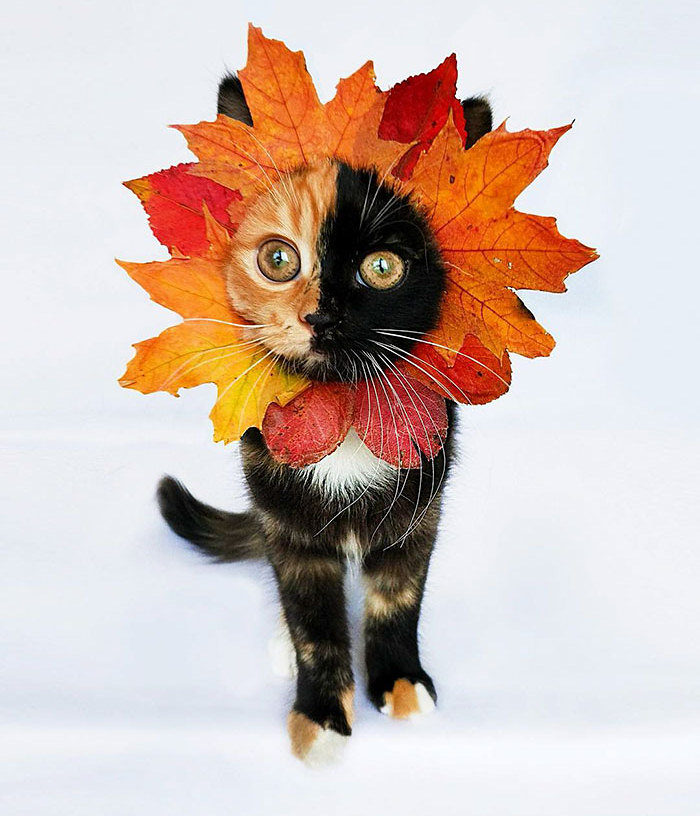 Yana grown up, she’s a big kitty now, but she’s still prettier than ever! 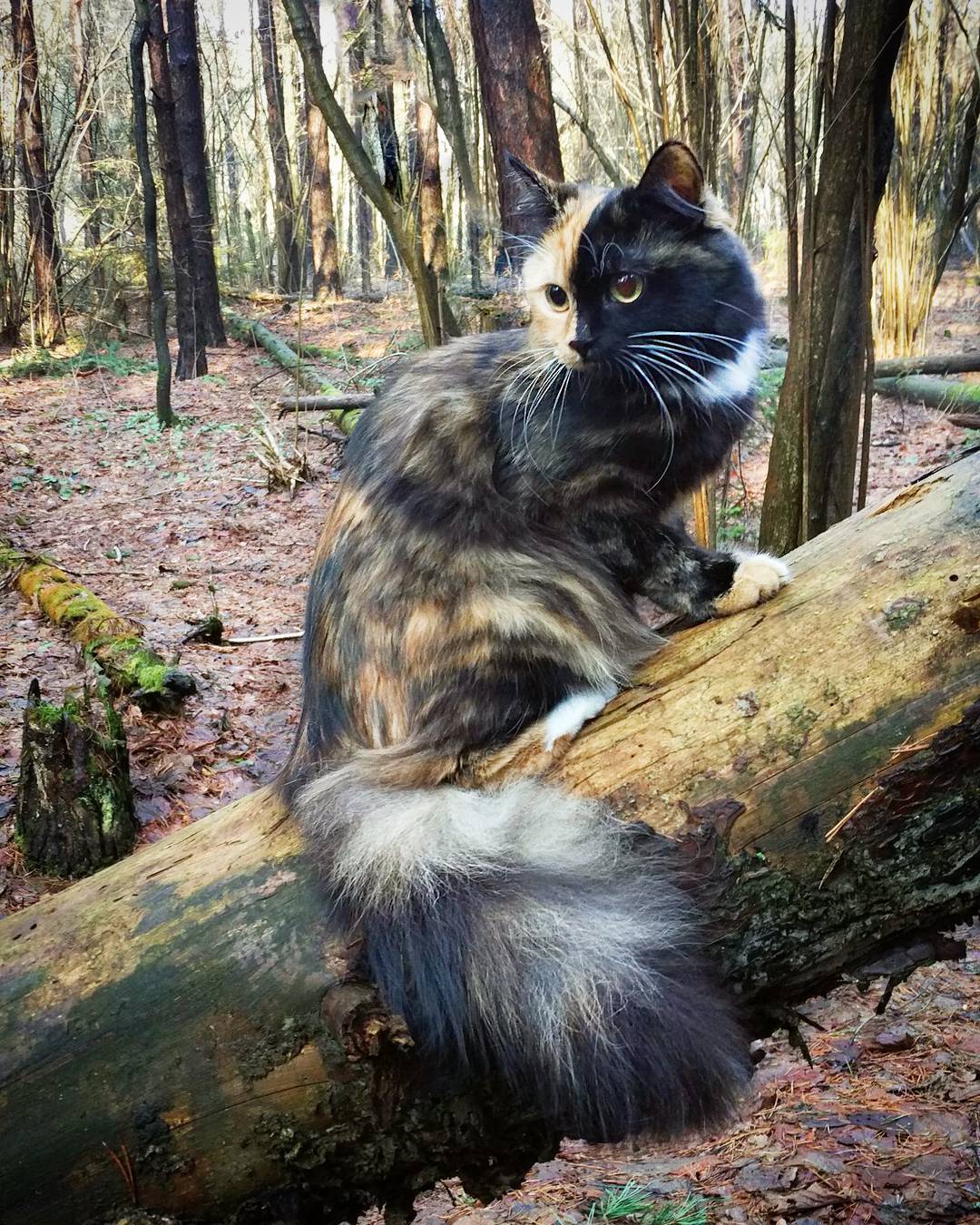 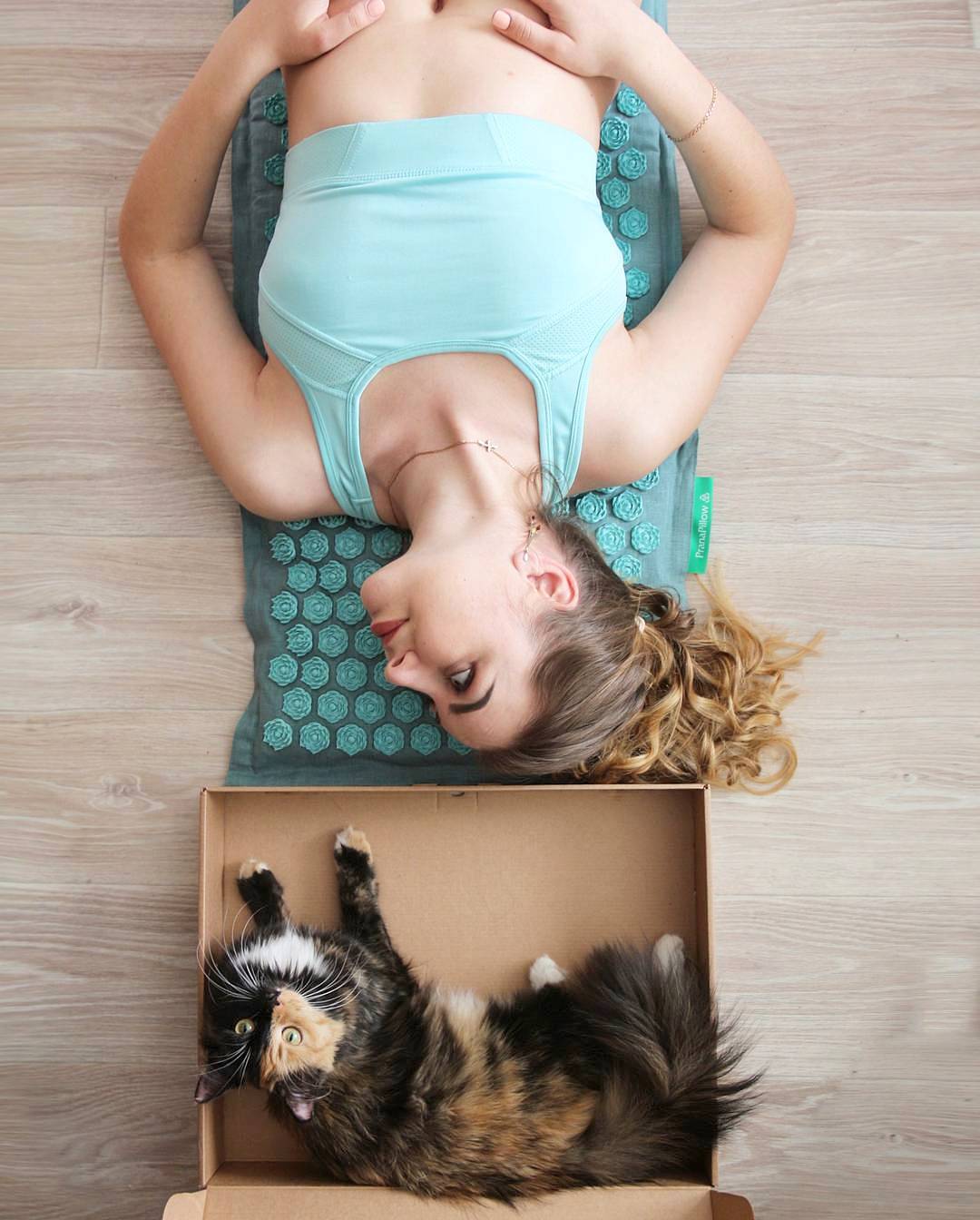 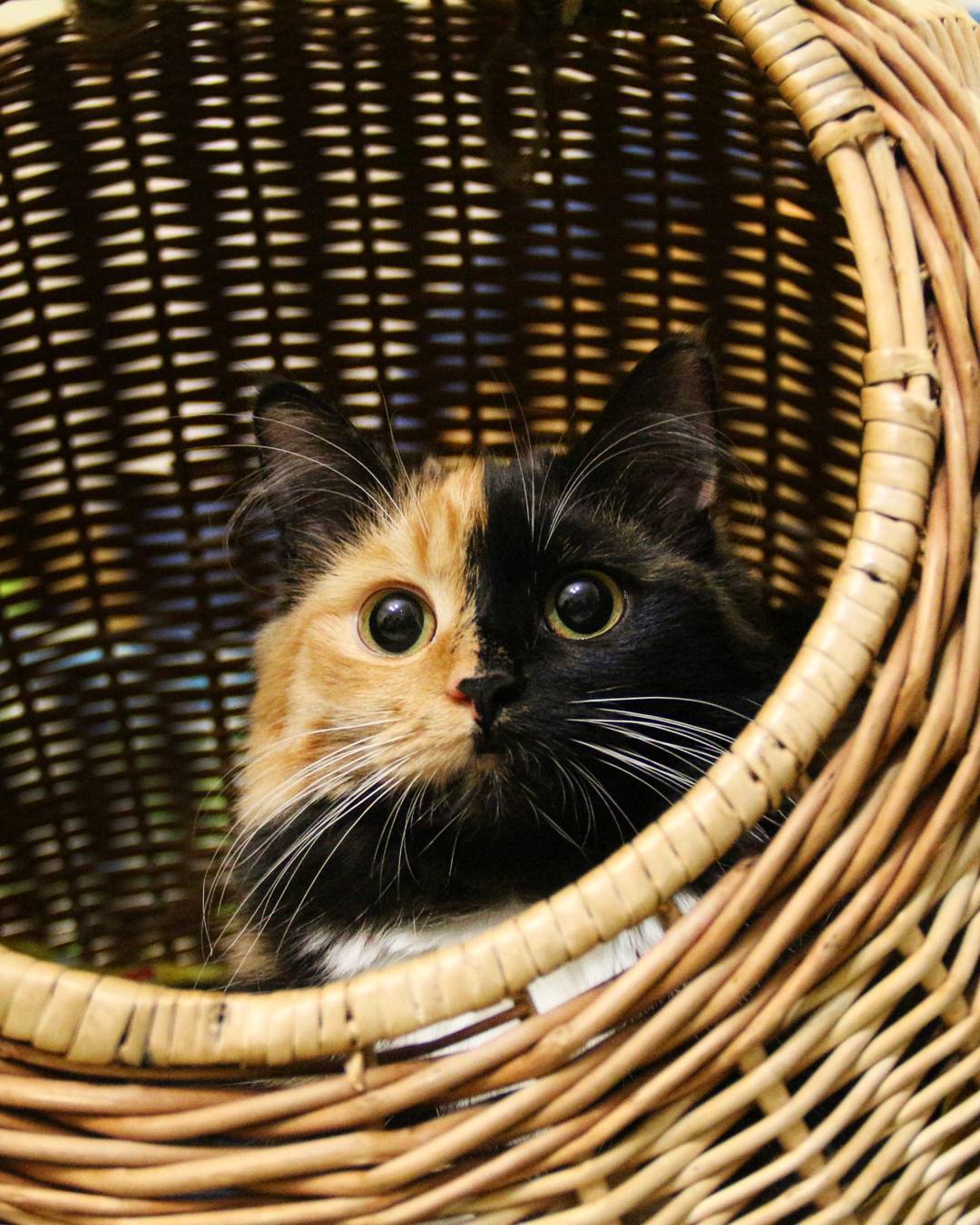 Here’s a bonus video for you! Enjoy!